★ “Explosive, long-buried family secrets lie at the heart of Malla Nunn’s vivid and arresting Sugar Town Queens, but so do friendship, hope and the promise of love.” – Carole V. Bell

★ “Complexities of race and racism in Mandela’s freed South Africa are handled with realism and strength, both in Sugar Town and the sudden dichotomy of Amandla’s life. Abandonment, poverty, parental illness, friendship, first love, unexpected allies, and sexual harassment are some of the topics woven into the whole, but it is the resilient community that is front and center in Nunn’s unique and detailed setting. Readers will cheer Amandla as she discovers who she is and where she came from in this captivating book.” – Jeanne Fredriksen

★ “This descriptive, fast-paced narrative is a compelling read that is difficult to put down.” – Ruth Quiroa, National Louis Univ.

“When the ground is hard, the women dance,” says the African proverb, and Adele learns to dance to a different beat when she is dropped by the wealthy trendsetters at her Christian boarding school and forced to share with wretchedly poor but bright, ethical, resourceful Lottie. Lottie knows her dead father loved her; Adele has a part-time father who pays her school fees and visits secretly when he can snatch time from his white family. As the two fight a bushfire, solve a mystery, and share a love of books and words, Adele comes to admire Lottie’s independent spirit. Based on her own mixed-race schooldays in apartheid Swaziland, Nunn’s captivating first novel for young readers has all the hallmarks of a beloved classic.

A 16-year-old girl finds friendship and questions social hierarchies at her boarding school. After Adele Joubert is demoted from her favored place among the popular girls and sent to live in a room where a former student died, she begins to question the carefully structured hierarchy of her community. Within Keziah Christian Academy, a school for mixed-race students in 1965 Swaziland, a class system separates the rich from the poor, dictating who eats first at meals and who gets access to the best textbooks. Hair texturism, colorism, and the legitimacy of their parents’ relationships also create divisions that Adele, who is of black and white ancestry, challenges with her budding friendship with her new roommate, Lottie Diamond, a poor outcast of Jewish, Scottish, and Zulu heritage. When classmate Darnell Parns, who is coded as neurodivergent, goes missing, Adele pushes boundaries aside to search for him and, in the process, learns more about her own complicated origins in the sweeping hills where Keziah is situated. With a critical emphasis on power dynamics among the multiracial students, the story moves quickly, focusing on Adele’s interpersonal development. The gorgeous imagery sets the scene wonderfully, and there is mention of the religious and geographical colonization represented in the book, the hazy morals of the adults, and the relationships between black, white, and mixed-race citizens of Swaziland, but the narrative doesn’t dig too deeply into these subjects. An engrossing narrative that gently but directly explores complex relationships.

Being friends with wealthy Delia places Adele at the top of the pecking order at Keziah Christian Academy, a boarding school for mixed-race students in Swaziland during the time of the British Protectorate. Wealth and respectability rule, while gossip, food, and lackeys are commodities. Adele fits squarely in the class with wealth and no respectability. She returns junior year, mortified to find that she is placed in “dead Lorraine’s room” with Lottie rather than Delia. “Lottie breaks the rules, she fights, she steals, she has one school uniform…. She’s poor. Being with her will bring me down to her level.” Yet stereotypes start shattering fast: Lottie steals food from Adele but uses most to trade for Mama Khumalo’s traditional medicine to treat Adele’s injured shoulder. She and Lottie are declared heroes and suspected as witches, becoming true friends as they take risks for each other and others, while devouring Jane Eyre. Much later, Adele finds out that Mama Khumalo is her aunt and begins to acknowledge and respect her Zulu side, which her mother has kept hidden. The accidents, lies, thefts, fights, secrets, sneaking, accusations, firefighting, dead bodies, and illicit rendezvous make for riveting reading in this taut novel chronicling Lottie’s strength of character and Adele’s transformation. Adele unravels class and racial discrimination, turns envy into self-compassion, and reconceives friendship in terms of sharing rather than one-upmanship, with ripple effects all around her.

VERDICT: Recommended for fans of Laura Amy Schlitz and Nnedi Okorafor, who will relish the storytelling, adventure, and spiritual depth.

In Swaziland, wealth and privilege are tightly bound to race. As a mixed-race girl, Adele considers herself above the native Zulus, but her relatively privileged status is compromised by the fact that her white father lives with his “real” family in Johannesburg. Nevertheless, Adele has managed to find a place with the popular girls at her boarding school, until the arrival of a new girl slams her down the social hierarchy.
Now Adele is stuck sharing an undesirable room with a decidedly unpopular girl, Lottie, best known for her fighting skills. The girls do share a love of reading, however, and bond over Jane Eyre. After weathering large and small traumas, they form a true friendship. Despite the predictable arc of the story, excellent writing and an evocative setting make this novel a standout. The racism that Adele and Lottie experience, where a small white minority holds disproportionate power, as is common in formerly colonized places, will feel both familiar and revelatory for many readers. And the transformative power of literature, demonstrated by two girls in Africa thrilling to the adventures of an impoverished girl in nineteenth-century England, also works its magic on readers of Adele’s story. 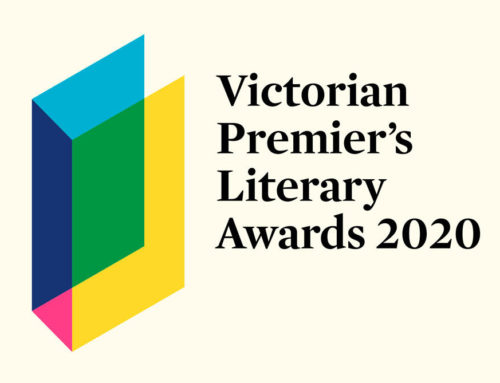 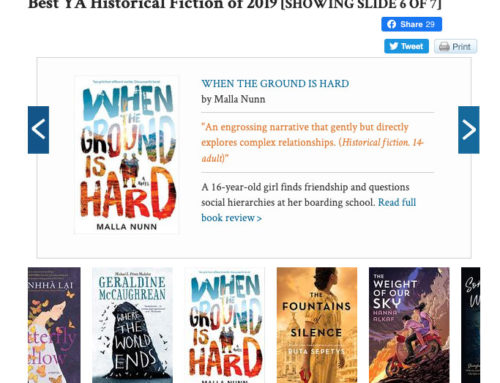